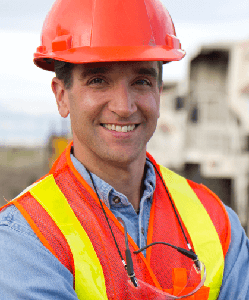 A Miner who had a 56-tonne rock land on his dump truck was awarded $1.5 million in compensation. The former professional footballer James L. Geary was successful in his claims against employer Rejv Services Pty Ltd and three associated companies in the Townsville Supreme Court. Geary is alleged to have suffered back injuries when he was significantly jolted by the fallen rock. The incident in question occurred in August of 2005, while Geary was driving a truck that was being loaded with dirt and rock from a digger.

The result was a lumbar spine injury which forced Geary to conduct light duties for a few days until he took sick leave for two weeks.

Geary still had injuries when he returned to work which lead to him quitting his job in 2006. After working a few jobs after with various companies, Geary left the industry. The plaintiff claimed that the reasoning for Geary leaving each subsequent job was because he could “not cope because of his back pain”.

It was determined that Geary was simply too proud of his past as a footballer and strong man that he hid his physical and emotional stresses.Geary was eventually granted $1.5 million for medical bills, past economic loss, future wages and superannuation. His boss was ordered to pay an additional $360 thousand