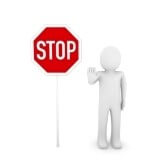 Over 100 road accidents in just over a year have involved Federal parliamentarians and their staff. As a consequence of this, over 400 fines were dished out.

Despite these findings, the government has denied the occurrence of a significant increase in traffic-law breaches

All MP’s and senator’s office is granted a taxpayer-funded car, which the politician or their family and staff, can use for any lawful reason. Some parliamentarians who reside in rural areas, have received two vehicles.

The Finance Department has revealed that between August, 2010 and December, 2011, these taxpayer-funded cars were involved in 104 accidents.

Reports have indicated that the drivers have neglected to pay tolls at almost 200 occasions, been subject to 98 speeding tickets, 76 parking tickets, and 9 fines for running red lights. It is important to note that these amounts are only a portion of the number of breaches since the department does not receive every single infringement notice.

Special Minister of State, Gary Gray stated that his office had looked into the infringements throughout previous years and he believe there has not been a “significant change”.

The Finance Department has yet to release the names of parliamentarians that are alleged to have been involved in any of the reported road incidents.

Citizens would be pleased to know that taxpayers do not pay the fines, as the drivers at the time of the offences are the ones held liable for the infringements.