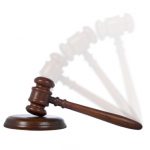 WorkSafe stated that it is fortunate that no one died as a result of  scaffolding that collapsed on to a busy Prahran street.

Three people received injuries from the scaffolding that was overloaded with bricks and modified.The construction company, Asian Pacific Building Corporation receive a fine of $170,000 because of the accident.WorkSafe director Allan Beacom stated that the incident could have had much more serious ramifications.

Beacom said that due to the busy nature of the street it is lucky that no one was killed because it could have resulted in multiple fatalities.He believes that the amount of the fine is significant in that it reflects how serious the offense is.