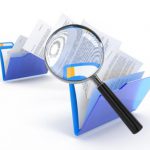 A sudden safety review is in operation after a man was crushed to death by 20 tonnes of aluminum at Newcastle Port.

This is the second workplace death to occur on the docks in 10 days Wharfie Greg Fitzgibbon was killed when the pallet of metal ingots collapsed on to him at the Eastern Basin Distribution Centre.The father of two was loading onto a 36,000- tonne cargo ship when the incident transpired. Maritime Union of Australia assistant secretary Warren Smith expressed regret over the loss of another member due to a workplace accident that could have potentially been avoided.

A 55-year-old man suffered a cardiac arrest and died on board another cargo ship docked at the port. Union sources stated that he was discovered at the bottom of a stairwell with signs indicating he was injured before he died. Autopsies are being conducted on both men and a police investigation is underway.

WorkCover and the Australian Transport Safety Bureau (ATSB) have commenced safety inquiries and the union is attempting to meet with Fitzgibbon’s employer, Newcastle Stevedores. According to the ATSB, the packets of ingots collapsed onto him as it was being transported onto the ship.