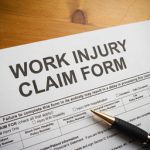 SOUTH Australia’s WorkCover scheme has the worst performance record in the nation and needs to have amendments made in order to compel injured workers to return to work, a parliamentary committee says.

After two years, the inquiry board comprised of Labor, Liberal, and Independent MP’s has found SA has the country’s lowest return to work rate at only 70 percent.

Tasmania’s the top of the list with 80 per cent.

The report calls on the State Government to develop a nationally recognized method of analyzing return-to-work rates because the current data is considered inadequate.

The report alleges that enforcing performance standards for worker’s rehabilitation providers which receive referrals through the WorkCover scheme and administering better reporting of their return-to-work stats would also help.

Other recommendations outlined include:

Opposition Industrial Relations and Finance spokesperson Rob Lucas, criticized the current reporting for not being clear enough about which rehabilitation providers received contracts and under what criteria.

“Why wouldn’t you give more contracts to those providers that have got the best return-to-work outcomes?” Mr Lucas said.

He said MPs also  referred to the controversial changes to the WorkCover scheme in 2008  which were “intended to increase return-to-work rates and reduce levy rates and WorkCover’s unfunded liability (but) clearly there has been no evidence of those goals being achieved”.

The report advises that changes be made by July 2014

Worker’s Rehabilitation Minister  spokesman,Jack Snelling said: “Exactly as Rob Lucas acknowledges, the committee has noted it is still too early to measure the final impact of some of the 2008 changes”.

WorkCover’s unfunded liability rose from$437 million at the same time the previous year to $1.389 billion at June 30 this year.