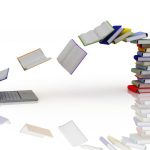 One of the nations most prolific blue-collar unions intends to spend up to $1 million in a campaign directly attacking federal Labor over OHS changes that may have a serious impact of the safety of workers.

Electrical Trades Union state secretary Troy Gray targeted proposed changes to national electrical licensing rules and said the union campaign would be the most ambitious since the union was founded more than a century ago.The ETU in Victoria will donate $300,000 to Adam Bandt, the Greens MP for the seat of Melbourne, in  the coming federal election

Gray stated that the changes, which have  gone through the Council of Australian Government, would lead to lower safety standards.

They would allow a large amount of highly skilled electrical work to be done under supervision. And an exam would no longer be required at the end of an apprenticeship, he said.