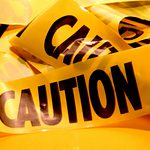 A Transport Company was fined $45,000 for failing to ensure the safety of an employee which resulted in injury at a Burnie port site.

The company, Toll pleaded guilty to failing to ensure that truck driver Gary Oliver was safe at work. Oliver suffered life threatening injuries when he was struck by a B-double truck in September 2010. The incident left Oliver hospitalized for a significant amount of time; as he only got out of the hospital recently.

Magistrate Don Jones recognised that the company had expressed remorse and had spent approximately $40,000 on travel costs for Oliver’s family to be by his side in Melbourne.

Changes to the site have been implemented to ensure that it is safer but the magistrate believes the changes should have been made prior to the injury of an employee.

Jones said that there were clear measures that could have been undertaken to ensure the safety of Oliver.