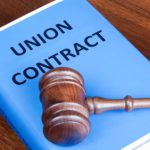 Three union officials have been prohibited from gaining entry to worksites because a federal workplace umpire denied the issuing of a right-of-entry permit to them.

All three members are of the Construction, Forestry, Mining and Energy Union, and all three of them were found to be unfit and not “proper persons” to enter worksites.

The officials are Gareth Stephenson, who was part of a conflict in 2009 on the West Gate Bridge; Michael Powell, who was declared by Fair Work Australia to be responsible for “disregarding various aspects of industrial law”; and Shaun Reardon, who was found to have broken building laws in five incidents; such as the Melbourne closure in 2009.

Commissioner Leigh Johns is not confident that three officials will be able properly carry out their jobs because of the lack of permit.