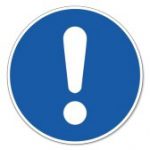 Unions have raised concerns that the imminent closing of WorkCover’s regional offices in Queensland, is in fact an attempt to hinder workers’ compensation claims.

The Toowoomba branch will join nine others when they are shut down throughout the next month.

The closed branches are set to be replaced by four outlets in Brisbane, which means claims outside of the state’s capital will have to be made by phone.

McGaw stated that the concerns are not simply about jobs and offices but rather, the impact the closures would have on people’s access to the services.

“The hoops they have to jump through to get workers’ compensation is hard enough already.

“The last thing an injured worker needs is more hassles – especially for people who live from pay to pay.

“That office has been operating here for as long as I’ve been in the workforce – more than 40 years.”

Mr McGaw said the forthcoming May 5 Labour Day march in Toowoomba would be the “biggest since WorkChoices”.