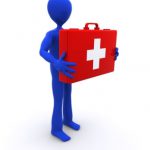 Victorian worker’s safety and compensation are at risk because of a declaration of the Victorian Government to strip almost half a billion dollars over four years from the WorkCover Authority, WorkSafe. State Government spokesmen have stated that the decision was made to balance the budget of the government.

Various individuals such as Maurice Blackburn, have commenced an online campaign that features a petition and other social media devices in order to compel the Victoria Government to stop their proposed cuts. Workplace Law expert John Cain stated that the plan of the Victorian Government is seriously flawed. He believes it will negatively effect the employer WorkCover contributions which could drive up premiums and threaten compensation entitlements for the injured. Individuals concerned with the cuts have cited that the decision is “unfair” and marginalizes the injured.

Victoria has over two and half million  workers and this year approximately eight out of ever thousand workers will be injured at work, will require time off and will need to receive benefits.

Cain stated that more money needs to be invested in preventing workplace injuries as opposed to putting more pressure on premiums and compensation for injured workers.

“It’s a short-sighted plan that leaves little buffer to keep premiums affordable for business. “This is a back door tax that is bad for business, bad for workers and bad for Victorians. “No one should let the State Government jeopardise workers’ safety and entitlements – and Victoria’s future”