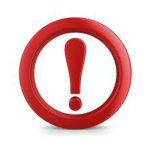 Hundreds of wharfies and union workers throughout the country  are rallying for  industry support  for waterfront safety reforms.

The protests are part of a national campaign by the Maritime Union of Australia to push the Australian Chamber of Commerce and Industry to end its opposition to a national stevedoring code of practice.

Workers rallied in Sydney, Melbourne, Brisbane, Adelaide, Darwin and Devonport on Tuesday, but not in Perth, where other union meetings were being held.

About 40 union members turned up blowing horns and waving placards at chamber offices in Brisbane and succeeded in gaining a 20-minute police-brokered meeting with ACCI members.

Outside the NSW Business Chamber, 200 protesters rallied against opposition to the code, aimed at protecting the safety of workers.

MUA Sydney branch secretary Paul McAleer said the ACCI argued the code was too expensive, but that was a step backwards.

”For them to say that the cost of implementing the code is an obstacle effectively says wharfies’ lives and safety are not a priority for them,” Mr McAleer said.

In Melbourne, MUA assistant national secretary Warren Smith told more than 100 union workers that waterfront workers were 14 times more likely to die on the job than the average worker.

ACCI spokesman David Turnbull said industry would work with unions to make sure the code reflected good practice. He said Safe Work Australia would make the final decision on the code.