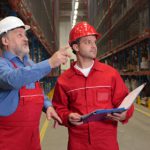 A supplier of woodchipping machines based out of Australia was subject to a $30,000 fine following a workplace incident that resulted in a worker losing several fingers. A Perth Magistrate determined that CJD Equipment was guilty of neglecting to ensure the manufacturing of the machine was safe. The worker’s employer has already been fined for the incident. According to WorkSafe WA, CJD Equipment supplied the machine to Softwood Logging but it lacked a guard on a section of the machine. The man was operating the woodchipper when the “oversprout” which is a piece of machinery that is supposed to eject waste from the chipper. At some point, the chipper became blocked which compelled the worker to attempt to clear the blockage. The workers right hang was struck by the chipper which resulted in him losing his index, middle and ring fingers.

WorkSafe WA director stated that the guarding of the moving parts of machinery is one of the simplest and obvious ways of limiting the risk of injury to machinery operators. The responsibility of the supplier, according to the director, is to ensure that the machine is safe to operate. Following the incident the employer installed a guard on the overspout.