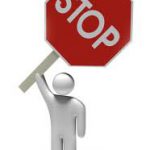 A road worker died after being struck by a utility vehicle  in the Launceston suburb of Mowbray.

The 62-year old man from Ravenswood, was holding a stop-go traffic control sign when he was struck and thrown back approximately 15m.

He was rushed by ambulance to the Launceston General Hospital but succumbed to critical to both internal and external injuries and later died.

Tasmania Police Sergeant Nicholas Clark stated that the middle-aged driver of the Nissan flat tray vehicle was not injured but will undergo standard drug and alcohol tests at the LGH.

The accident which occurred on a suburban stretch of Vermont Rd at Mowbray, was witnessed by several coworkers who had been resealing the road.

“We just ask motorists if they come across roadworks to pay particular attention to the signs there and slow
down,” Sgt Clark said.

“Slow down, take your time and look out for people who are on the road or on the edges of the road.”