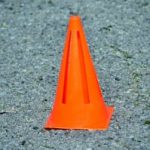 Worksafe is refusing to prematurely release the details pertaining to a pearl diver death investigation.

Jarrod Hampton of Melbourne, died in April while he was diving off the coast of Broome for Paspaley Pearls. WorkSafe took statements from witnesses and has been looking into the safety record of the company.

Commissioner Lex McCulloch stated that the pressure has been put on in order to rush the outcome. He is however, confident that the result will remain thorough and accurate.

Commissioner Lex McCulloch says he has experienced enormous pressure to rush the outcome but maintains it will be thorough and accurate.

Since the investigation started, countless emails and printed letters have made their way through the ministry and some have even reached the premier’s office.

The letters are reportedly requests for updates on the current situation regarding the death. McCulloch said the process may take longer but the process will be thorough.

“If there’s been errors made or gaps in what we need to do, then the industry will assess those and try to meet them,” said Pearl Producers Association chief executive officer Brett McCallum

A Coroner’s report is being anticipated.

Despite the police report on  Hampton’s death already finalised, the Coroner is still awaiting the WorkSafe report to be complete, before it investigates.