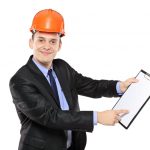 Mining company Xstrata ordered a study that will examine the health of its Northern Queensland workers.

The study will include approximately 100 of the company’s past and present employees.

Kruijff elaborated by stating that companies aspire to learn about the health and well-being of their workforce and their overall quality of life.

According to Kruijff, miners spend majority of their day sitting down. This revelation has concerned the company,causing them to determine the best method of promoting regular exercise, and healthy living.

Xstrata’s study is expected to last about 3-years.