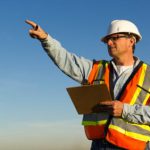 A cafe owner was subject to a conviction and a $500 fine when he attacked a WorkSafe inspector who was visiting his premises.

The inspector was visiting the cafe in Gungahlin as part of  an ongoing cafe and takeaway outlet inspection project when the assault occurred.

Prior to the July 2011 incident, the inspector had identified occupational health and safety issues that needed attending to in the business. She returned in July 2011 to see if previously noted issues were addressed. According to WorkSafe ACT Commissioner Mark McCabe, the man became physical and physically removed the woman from the cafe preventing her from conducting her duties.

ACT Magistrates Court concluded that the man had also been verbally abusive towards the woman. He was convicted at the start of June. McCabe said that this recent court case should stand as a reminder that inspectors were public officials and should be allowed to work without any hindrance. McCabe added that WorkSafe’s inspectors should have the right to be safe while conducting their professional duties.