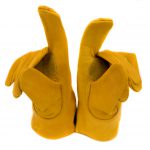 The federal government workers’ compensation fund has been ordered to pay for philosophy and mindfulness classes for a former Canberra public servant who has not worked for 14 years.

Eleanor Rope was injured in a car crash in 1987 when she was a federal public servant.

She had another fall at work and left on invalidity grounds in 1999.

Mrs Rope has suffered chronic pain and depression and received taxpayer-funded compensation for medical care, including travel to Townsville to receive specialist treatment not available in Canberra.

Last year her doctor recommended mindfulness meditation classes at the Canberra School of Practical Philosophy, but Comcare refused to pay.

The Administrative Appeals Tribunal has now ruled such classes are therapeutic and Mrs Rope is entitled to compensation of $110 per term for the cost of the course.

It also found Comcare should consider paying her travel costs of about $100 for a taxi from her farm outside Canberra to the classes in Barton.