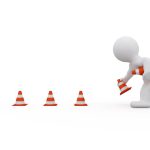 Workers have refused to return to work on a gas rig off the Victorian coast following the deaths of two workers. The  Australian Workers Union stated that they are seeking improved safety measures for the rig before workers return to work. The union argues that offshore rigs are some of the most dangerous professional environments on the planet. The ACTU stated that they have also called for the improvements because they had previously warned that the petroleum industry was accident waiting to occur.

AWU Victorian secretary Cesar Melhem he had serious concerns the drilling union and they have subsequently cautioned workers not to return to work until they are satisfied with the investigations and methods implemented to improve the Occupational Health and Safety standards.

Origin and it’s subsidiary, Stena Drilling are currently investigating the deaths, as well as the National Offshore Petroleum Safety and Environmental Management Authority (NOPSEMA). The AWU Victoria is attempting to position itself in a formal role within investigations.

ACTU assistan secretary Michael  Borowick is also asking for offshore workers to take on the same national workplace health and safety rights and protections as individuals on shore.