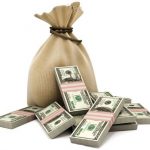 was fined approximately $270,000 after a woman broker her leg during a team-building exercise.

Leanne Grace Bagiante 50, appeared in court recently over the 2008 accident that left her with a broken leg.

The customer service officer broke her leg during a game of ‘tunnel-ball’. The game in question, involves players racing to a roll a ball through a tunnel of their teammate’s legs until each player has participated. Bagiante alleges that the polished concrete floor of the store caused her to slip and crash to ground while she was running with the ball.

The worker,a grandmother; had to wait for a significant amount time prior to being taken to the doctor. The doctor then misdiagnosed Bagiante’s injuries as a simple sprain. The next day the grandmother was back at work but fell sick with pain.

In response to this, Bagiante eventually got an X-ray which displayed that she in fact had a fractured bone in the lower part of her leg.

Bagiante claims the injury has left her with ongoing pain.

The South Port District Court ruled in favour of Bagiante’s claims and handed a $269,644.70 bill to Bunnings for damages.