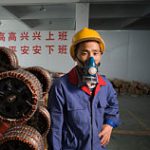 powder coating company has been fined $85,000 over the death of a worker who was killed when a drum he was cutting with an angle grinder exploded.

Welshpool-based Diamond Powder Coaters this week pleaded guilty in Perth Magistrates Court to failing to provide a safe workplace and causing the death of the worker as a result of that failure.

The incident occurred in November 2010, when the worker used an angle grinder to cut into a metal drum that had previously contained methylated spirits.

A spark from the angle grinder ignited the residue or fumes in the drum, causing an explosion so large it blew part of the drum 20 metres over a fence into a neighbouring property, and inflicted fatal head injuries to the worker.

WorkSafe WA Commissioner Lex McCulloch said serious incidents involving the cutting of drums was something he heard about far too often.

“Angle grinders, oxy torches or any other heat-producing equipment should not be used to cut metal drums that have contained flammable or combustible liquids or gases, or when there is any doubt about the previous contents of the drum,” Mr McCulloch said.

“The rule of thumb is that if you don’t know what has been in the drum or tank, assume it has contained an explosive substance and have it recycled by a specialist cleaning company.

“This is neither an expensive nor inconvenient process, and it could well save someone’s life.”

Earlier this week, a Bunbury man was seriously injured when a fuel tank he was cutting with an oxy torch exploded.