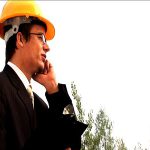 Unsafe practices within the construction industry has compelled General Simon Corbell to call for a safety probe.

This news come soon after the untimely death of 21-year -old concreter Ben Catanzarity who died when a concrete boom struck and killed him. These type of incidents have even be have garnered it a reputation as an industry that profits off the marginalization of worker’s safety. Usher has even gone to refer to the atmosphere of workers as “apathetic” throughout Canberra.

In addition to the accused breaches, the site representative has also fused requests for Worksafe to visit the site.

Eventually inspectors closed the site due to the large number of non-compliance infractions and a general lack of interest of the company to improve safety.  .

While these issues may have long gone undetected, that is no longer the case. Both WorkSafe ACT and the government  are working in conjunction to take on a a hardline approach that will leave no room for these practices to continue.