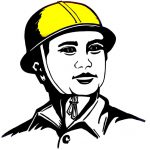 Subcontractors are among those expected to lose access to the state’s workers’ compensation scheme under changes due to be introduced into Parliament this week.

Attorney-General Jarrod Bleijie said the Government was moving to change the definition of a worker under the Workers’ Compensation and Rehabilitation Act.

“We’ve come up with a plan to do what they did at the federal level and have the definition of worker the same as the Australian Tax Office and PAYG definition,” Mr Bleijie said.

The move, which would repeal changes made by the Beattie government in 1999, comes less than four weeks before a parliamentary committee is due to report back with the findings of its review of the WorkCover scheme.

Unions are expected to object to the change, which will largely affect the construction and transport sectors.

But Mr Bleijie said he believed no worker would be worse off.

He said the change had been requested by the WorkCover board following a litany of complaints from businesses that had been audited and fined because they found the current definition confusing.

In one instance, Mr Bleijie said a business was left with a $600,000 bill following an audit, even though its employees were independent contractors.

“These poor guys never anticipated this because they never thought they were actually in the WorkCover scheme,” he said. “It is a genuine issue that’s impacting a lot of businesses.

“My view is if a tradie comes in with their own ute, all their own tools, their trailer … and they’ve got their own work insurance so they should be an independent contractor and not fall under the definition.

“But if you look at the technical nature of it, they do fall under the worker definition … which is hitting business hard in Queensland.”

He defended the move to introduce changes to the scheme before the parliamentary committee’s review of WorkCover had been finalised.

About 17 submissions to the review raised the definition as an issue needing investigation with the committee hearing arguments for and against such changes during public hearings.

Some raised fears employers could exploit the change by forcing workers to become independent contractors so they did not have to pay WorkCover premiums while other submitters said the change would benefit workers and business.

“We are going to amend that before the review is finished because we want to give some immediate certainty to business and to WorkCover and to workers that they are either in the WorkCover or they are not in the WorkCover scheme.”

If passed, the change will be in place by July 1.

“You are either a worker or you’re an independent contractor. Absolutely no one will be worse off,” Mr Bleijie said.

“The benefit will flow to both parties because people will be less confused and you may avoid a situation where a worker believes they are under WorkCover but the employer thinks they are an independent contractor.”