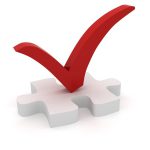 A truck driver has been charged for dangerous driving that resulted in the deaths of two individuals.

An aspiring student Sarah Frazer and a respected tow truck driver Geoff Clark were killed when a table-top truck hit them on the side of the Hume Highway.

Mr Clark pulled over to assist Frazer, whose car had shut down.  The 23-year old student was about to excitedly embark on her dream of going to school for photography. Clark, a father of four, was helping Frazer prepare her vehicle for towing prior to the incident.

He will appear in court on May 8.