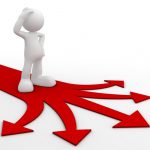 A pair of companies have been fined an aggregate amount of $140,000 for the deaths of two workers at a Broome depot in 2008.

Baker Hughes Australia Ltd and Oilfields Transport Services Pty Ltd appeared in the Magistrates Court for the charge of failing to provide and maintain a safe work setting which resulted in the deaths of two workers.

Leon Mobbs, a tanker operator, and Geoff Lucas, manager of BH Broom depot were killed when a tanker burst and exploded while they were trying to release all of the barite powder.

The court discovered that the tanker was not kept in a safe working condition, and it had not been registered nor inspected by WorkSafe or a competent position.

Lex McCulloch believes the incident was an unfortunate example of proper safety systems  being in place.McCulloch stated that safety procedures and adequate training had been neglected which could have contributed to the loss of life that occurred that day. Both companies were found to have been culpable for the incident that resulted in the deaths of both of the middle-age workers.