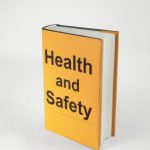 South Australia’s Labor has been accused of risking the safety of workers by rushing a redevelopment project on the Adelaide Oval for a March state election deadline.

The construction union have warned of the implications of the government’s plan to give  the main contractor a $5 million bonus if the election deadline is met.

The government has denied any reports of the project being rushed, but emphasised that it must be finished in time for the AFL season.

“It’s certainly not worth the price of one of our workers on that site getting killed,”  said Construction Forestry Mining and Energy Union state secretary, Aaron Cartledge.

Concerns have arisen following the death of a construction worker at the $1.8 billion desalination plant.

The court found 35-year-old steel rigger Brett Fritsch was killed as a result of the unsafe workplace practices of his employer, Ferro Con.

A parliamentary inquiry in 2011 indicated that the desalination project was rushed and production took precedence over safety.

Opposition frontbencher Iain Evans said “We cannot afford a repeat of the tragic circumstances that marred the construction of the desalination plant “.

More info on Occupational Health and Safety or OHS