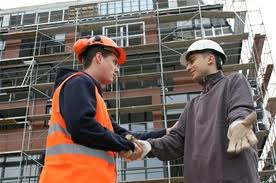 Unions NSW secretary Mark Lennon raised concerns that a new fact sheet advising sick and injured workers on how to make compo claims and disputes, failed to make mention of any trade unions.

Lennon stated that documents of similar nature had always mentioned them in the past.

“People should always be made aware of their rights to seek information from various sources, including from their union,” he told AAP on Wednesday.

Mr Lennon lamented that sick or injured workers were vulnerable and sometimes needed help with their cases.

The new fact sheet comes a year after the state passed far-reaching WorkCover reforms to help lower the $4 Billion deficit.

Benefits and medical expenses were capped and journey claims axed for many workers.

“I think this makes the situation even more difficult,” Mr Lennon said.

WorkCover could not be reached for comment on Wednesday night.