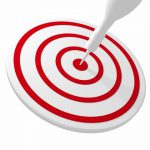 Following statements to Parliament from Finance Minister Greg Pearce, it appears that NSW Government is discussing serious cuts to WorkCover. Pearce appeared before parliament where he declared that Workcover’s deficit had increased by $1 billion in six months.

Pearce stressed the importance of the Government implementing new ways of enticing the claimants to return to work. Thus, the Government is attempting to improve the rehabilitation practices and return to work schemes. Pearce believes it is imperative that the government reduces the deficit by reforming the current scheme.

Jana Gumbert from the Australian Lawyers Association is concerned that the changes will affect seriously injured workers.

Gumbert fears that seriously injured workers will lose their right to sue for limited benefits and have to rely simply on the limited support provided by insurance companies.