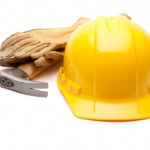 WorkSafe ACT inspectors will soon commence the issuing of on-the-spot fines throughout construction sites that are in breach of safety regulations.

A report released last year cast a dark shadow over  the Canberra construction industry when it revealed the serious injury rate there was 31% higher than the national average.

The Government accepted the report’s recommendations which included the soon to be implemented on-the-spot fines.

“These deal with relatively straight forward, factual matters that allow inspectors to exercise their discretion and issue a fine,” he said.

“That will send a message to people in control of development sites that they have to keep their house in order in relation to these basic safety obligations.”

WorkSafe ACT are pleased with the new power, and announced that employers  could  potentially face on-the-spot fines of approximately $3,000.

“I think they knew it’s only the very serious cases that are going to end up in court,” he said.

“They could roll the dice and just hope to get away with it basically.”

Under the new penalties, building site managers will still be able to challenge a fine in the courts if they believe it has been incorrectly imposed.