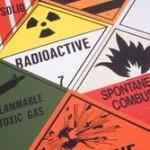 Orica chief executive, Graeme Liebelt believes that the recent leak of the carcinogenic chemical,hexavalent chromium, into a suburban town should be considered “not serious”. Libelt made this claim at the same enquiry in which the company admitted to having lost control of the ammonia plant.

Variations from operating procedure merged with other factors to ”overwhelm” a containment system were  initiated to capture overflow during a procedure to restock supplies of hexavalent chromium, the inquiry revealed.

A nightshift worker immediately realised there must’ve been a chromium leak when he saw yellow spots on the plant. He believed the problem had been immediately resolved until he was warned of yellow liquid seeping through the pin-holes. This discovery prompted a decision for emergency shut down.

Ark Griffin, a local and editor of the Stockton Messenger, advised the committee that he had discovered skin lesions and other symptoms of chromium VI poisoning following a walkthrough of an area well out of of Orica’s official clean up zones.

Various prominent individuals are calling for the plant to be permanently shut down.Orica still maintains their statement, that the leak is “not serious”. The inquiry continues