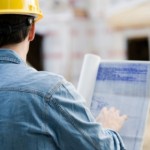 Surveryors who have received continuous complaints and those who have only been practicing for three years, will receive tougher monitoring and inspection. These new rules fall under the recent strategy by the Building Commission to eliminate rogue operators. Municipal building surveyors will receive an audit at a minimum of once bi-annually.

All private surveyors who have only been in their profession for three years, and surveyors with numerous complaints from consumers will also be heavily monitored. Building Commissioner Tony Arnel said the change would lead to more charges and deregistrations of surveyors to give better client security for Victorian household owners. The commission has dealt with a consistent boost in protests between builders and home owners as of late, but until now have not targeted the surveyors who actually approve builders’ work.

In the past couple of years, 54 inspections have spearheaded to four deregistrations and 19 fines. The leader of the Australian Institute of Building Surveyors- Victoria has supported the tougher measures because it would limit sub-standard work.