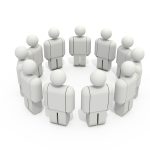 The NSW opposition launched a petition recently against the O’Farrell government’s WorkCover overhaul. It is believed by some, that the petition will reignite the debate about workers’compensation.

Some of the cuts to WorkCover compensation payments are to public service staff, and those who have injured themselves on the way to and from the job. Despite the successful action of Firefighters going against the cuts, nurses and other hospital staff were not as fortunate as they will feel the effects of the cuts. Police will also be exempt along with the firefighters.

The Opposition’s John Robertson indicated his hope and intentions to get 10,000 signatures on the petition to compel the government to put discussions about the law back on the table. Robertson stated that even though the legislation has passed, the fight is not yet over. Dozens of nurses gathered to hear Robertson speak about the petition.

Robertson feels that there needs to be proper justification for the changes put forth by the O’Farrell government. Thus, he believes there is a need for a debate regarding the issue. Robertson’s hopes will be achieved if they are able to get 10,000 since the government promised last year to debate any issue raised in a petition with 10k signatures.