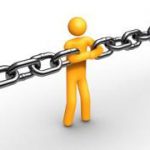 Police said trucking companies are to blame for endangering of lives of drivers after nearly half the heavy trucks stopped in the South West were found to have safety defects.

Traffic Sgt Gerard Murphy stated that the police stopped almost 200 trucks on Forest Highway last week and issued 85 work orders. Murphy was reportedly “gobsmacked” by the reports that one trucking company was paying a monthly fee to a transport manager for falling below budget for vehicle maintenance.

Murphy is concerned that when trucking companies supply evidence to a coroner’s court , it will be discovered that they are neglecting maintenance and safety. He added that truck drivers have also approached the police with their safety concerns.

The most common fault was reportedly bald tyres, but other vehicles were found to have cracked windscreens and reflector lights.

Murphy said in some instances the truck drivers even jumped out of their vehicles to show the police the problems and claimed they’ve been telling their company to fix it.

More info on Chain of Responsibility