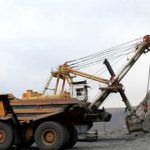 The cause of the Mount Lyell mining disaster is being currently being debated as it awaits its centenary.

Flames ignited in the North Mount Lyell mine in October 1912, resulting in the deaths of 42 miners and the entrapment of approximately 100 workers underground.

A Royal Commission released an open finding but the company fingered an employee as the one responsible. The company claims that the incident was caused by an employee lighting the fire.

Renowned historian Geoffrey Blainey wrote a book about 50 years ago in which he ascertained that the fire was deliberately lit.

But former MP Peter Schultz  is an author of a new book that challenges that position.

He told 730 Tasmania he wanted clear the air and dispute the company’s claims.  Shultz believes the company suppressed evidence of several electrical fires that had previously occurred. He added, that despite the commission’s findings that there had only been one fire, there was actually evidence indicating that five fires had occurred and that the pump station was especially dangerous.

“There were no fuses in the control circuits and on two of the previous occasions where there had been fires, they had to switch off the power to be able to put the fires out.”