From the 1st of July 2010 news laws to protect truck drivers against the influence of speed will now be enforced.Employers, operators, prime contractors, loading managers, schedulers and consignors will now be significantly fined if found tampering, offering incentives or giving time time limiters when it comes to a drivers schedule.  Transport Minister Rachel Nolan says, “In the past, only drivers have been the target for heavy vehicle speeding compliance, but from today (Thursday) off-road parties who aren’t behind the wheel will also be the focus, making them more accountable for ensuring drivers aren’t influenced to speed because of unrealistic work demands.” Fines range from $300 to $8,000 for off-road parties. The National Transport Commission’s research indicated that there would be a 29% reduction of  heavy vehicle crashes if the speeding factor was eliminated. Between 2004 to 2008 fatal crashes have nearly doubled from 37 to 76 deaths. 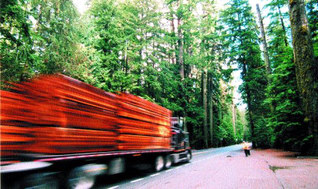