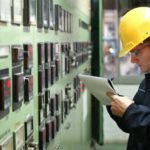 WorkCover recently revealed that SA businesses lost over one and a half thousand years worth of productivity during the 2011/12 period due to compensation claims.

According to the safety watchdog, the loss of productivity resulted in a loss of $208 million to businesses.

Statistics from the WorkCover SA website report that the workers compensation claims amounted to over 560,000 days of lost productivity which is equivalent to 1536 years of work.

On top of the days lost, almost 30,000 claims for workers compo for workplace injuries and illnesses incurred in the 2011/12 period have so far cost the SA Workers Rehabilitation and Compensation Scheme approx. $208 million (an average daily cost in excess of $7800).

Chief Executive Officer of WorkCoverSA, Greg McCarthy, stated the reducing the cost of workers compo in SA is in everyone’s best interest and prevention is more efficient than the cure. McCarthy added that in cases where an injury has occurred, employers should be supportive of the injured workers and help them return to work swiftly and safely.