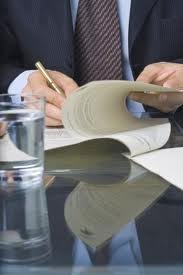 Amidst controversy the Upper-House has decided to block the implementation of the OHS Harmonisation laws.

It was the desire of the Government to have the proposed laws passed this week so that they could take effect from January 1,2012.However, the chamber voted thinly by 11 -10 votes to postpone any further discussion of the bill until February, 2012.Opposition spokesperson, Rob Lucas stated that the Liberals attempted to garner support from minor parties and independents in order to defer the debate.

The Bill was introduced in April  and it’s goal was to harmonise state and federal worker safety laws.

The  Housing Industry Association has expressed concerns that the laws would cost an additional $20,000, while other groups have supported the laws citing that it would give unions more power over health and safety issues.Industrial Relations Minister, Russell Wortley has rejected the concerns of the HIA, and said that the Opposition’s move was disgraceful.

Thus far, WA and Victoria governments have pledged their goals of delaying the legislation by up to 12 months in their respective states.

Lucas has stated that NSW has already amended the model  OHS Harmonisation Bill while WA has implied that they will soon do the same. Lucas also believes the Victorian government will follow suit.