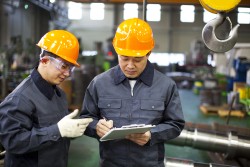 Safe Work Australia has just published two reports on work-related fatalities in the country – and the findings are more than a little concerning.

These reports focus on different timeframes in assessing the number of workplace fatalities and have provided evidence that there have been no reductions in work-related deaths, both in the short and long term.

The first report, titled ‘Work-related injuries and fatalities involving a fall from height, Australia’, showed that there has been no improvement in the number of workers killed each year as a result of a fall from height over much of the last decade.

According to the report, 232 workers died from a fall from height between 2003 and 2011. Safe Work Australia CEO Rex Hoy pinpointed the construction industry as a sector that was particularly at risk.

“These figures show why the construction industry was identified as a priority for prevention activities in the Australian Work Health and Safety Strategy 2012-2022,” he said in an October 31 statement.

“It is important for all workers to make safety a focus in their day to day work.”

To add weight to Mr Hoy’s words, Safe Work Australia pointed out that a third of all fall-related workplace deaths in the last four years were reported in the construction industry.

The second report, ‘Work-related traumatic injury fatalities Australia 2012″, highlighted the fact that the number of people killed at work in the last two years has also remained stable. Falls from height made up 13 per cent of the toll, while the number of deaths due to a vehicle crash was triple that figure.

According to Mr Hoy, Safe Work Australia is still striving to achieve its goal of reducing workplace fatalities by 20 per cent by 2022.

If employers around the country recognise the value of promoting a safer work environment, for example by investing in OHS training courses, this goal can certainly become a reality.