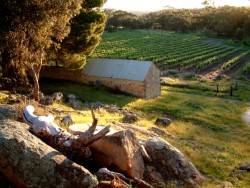 Farmers are urged to stay safe at work this summer.

The conference was held at Parliament House in Canberra and featured a host of community groups, farming organisations and industry and union representatives from across Australia and New Zealand. Its purpose was to promote workplace health and safety in the farming sector through a range of presentations.

Mr Hoy said he was pleased with the turnout at this year’s event and the way in which presenters highlighted the importance of OHS in farming environments.

“There was a high level of commitment by presenters and attendees to improve safety and keep Australian farmers and their families safe,” he said in a November 1 statement.

“During Safe Work Australia Month we saw how much dedication exists across the nation to improve work health and safety, not just in the agriculture industry but in all industries.”

He also said it was appropriate that the country’s most dangerous industry became the focus on the final day of Safe Work Australia Month.

According to Safe Work Australia, 17 per cent of all work fatalities in Australia come from the agriculture sector – even though just 2.7 per cent of Australian workers are in this industry.

In addition, the agriculture, forestry and fishing sector has seen the most workplace deaths this year, with 38 fatalities as of October 31.

Around three quarters of deaths in the industry involved vehicles commonly used on farms such as tractors and quad bikes, and Mr Hoy stressed that there was much work to be done to cut down this figure.

“Improving farm safety and in particular quad bike safety requires a concerted effort from all parties,” he said.

He urged employers to work with Safe Australia and “take action” to improve the safety of farm workers. OHS training courses, for example, can help your employees keep up to speed with farm safety practices.

Sam Dandashli
23:59 22 Sep 20
This is an excellent course in regard to safely and effectively conducting asbestos removal in the built environment. The health and safety and legislative requirements are discussed as well as the specific procedures that must be taken in order to ensure that it's done correctly.

Danielle Brook
09:39 14 Sep 20
AlertForce delivered this training in a neat, well constructed and easy to follow program. I had no issues with the content now with the Flash Player. The module was helpful for my understanding of WHS and I would recommend this training to anyone wanting a refresher.

Jaylene Mckenzie
04:26 14 Sep 20
I did this course as required by my Employer. I found it very thorough and easy to understand. The short quizz's in the material were great as well. Thanks

TheN430
16:25 03 Sep 20
Excellent quality! However, Lesson 7 of 7 end of course quiz states list FOUR equipment or fittings that reduce risk, but the hilarious voice over says 'list THREE!' May want to improve that. Otherwise, I enjoyed the training! Thank you!

Edington Berejena
01:52 26 Aug 20
it was a fantastic experience doing the Manual Handling in Healthcare system course with Alertforce.Its so detailed yet so easy to understand and accomplish.