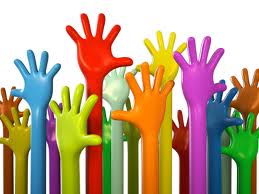 New workplace safety laws won’t apply to local football clubs and other organisations that are run solely by dedicated volunteers.

The OHS Harmonisation laws will not affect local football clubs and other organisations that rely solely on the devoted volunteers.Organisations such as Uniting Church and Meals on Wheels are allegedly concerned with the new occupational health and safety (OHS) laws, which are being implemented nationally this year.

Safe Work Australia chair Tom Phillips stated that not all volunteer organisations should be concerned with the new laws since they may not apply to each respective organisation.

According to Phillips, the laws will apply if an organisation employs staff in conjunction with volunteers and where work is carried out on behalf of the organisation.The new laws, Phillips says, will not affect community groups or football clubs which do not have employees.

It is the workplace’s responsibility to ensure the safety of workers – and thus, not the volunteer’s responsibility. Phillips continued by stating that prosecution of volunteers is unlikely to occur except in the most serious and exceptional circumstances.

Prime Minister Julia Gillard claims that the government will be taking a commonsense approach in the implementation of the national occupational health and safety reforms. Gillard stated that volunteer organisations will go out of their way to make sure that volunteers are kept safe.