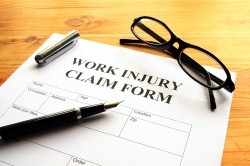 A sawmill has been fined after an employee was seriously injured due to negligent OHS standards.

A sawmill in Scotland has been fined approximately AUS$34,000 after an employee severely injured his arm at work.

The Health and Safety Executive (HSE), the UK’s governing body for workplace health and safety, noted that the incident could have easily been avoided had the employer been on top of OHS practices.

At the time of the incident, which occurred in January 2010, the employee was operating a wood-stacking machine when he reached over a safety fence to retrieve an item.

As he did so, his arm was caught in a part of the machinery, pinning it against the fence and causing serious harm. His elbow was broken as a result, and he faced four months out of work as he recovered from surgery.

The HSE noted that while newer machines at the mill had proper safeguards in place, the employer had put staff at risk by allowing access through the safety fencing surrounding older ones. The fact they had implemented higher levels of protection on newer machines demonstrated they were negligent in not considering doing the same for the machine in question.

“If the company had adopted a consistent approach to assessing the risks of all the machines at the site, the higher standard of protection that existed on the newer machines would have prevented this incident from occurring.”

Any business that relies on the use of heavy machinery must consider the threat it brings to its employees.

Make sure all equipment at your workplace has proper safeguards and barriers in place to protect staff. In addition, it is always wise to invest in OHS training to ensure your workers are kept up to date on the best safety practices for their line of work.