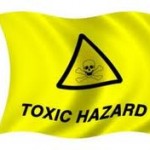 Popular reality TV series’ The Block and The Renovators are receiving criticism because they do not warn DIY renovators about the risks of asbestos exposure.

Labor senator Lisa Sigh stated to Parliament that there should be a disclaimer displayed during the programs to inform the audience of the various dangers when doing renovations.Senator Singh has found support from asbestos campaigners when she claimed that the popular shows should develop a corporate conscience and provide asbestos awareness information.Singh stated that the shows have an responsibility to inform people that asbestos can be found in fibro sheeting, water, drain and flue pipes.

She continued by saying that no one would welcome a spike in asbestos related disease cases in over 20 years and have it connected to the popularity of DIY home renovation.The high ratings of the show indicates that there is a captive audience and thus it is important for companies to be corporate citizens.Every year there are more and more cases of with mesothelioma, a disease usually caused by asbestos exposure.

Recently a report warned of the possibility of a third-wave of asbestos related illnesses.Asbestos Diseases Foundation president Barry Robson claimed that it would not be demanding for the programs to have disclaimer warning of the dangers.Cases of asbestos related diseases are increasing.

The Nine Network has indicated that it improve its education on asbestos dangers in the next season of The Block.

A spokesperson for the network stated that they understand the dangers and the need to inform the public.

Asbestos Training is available to any prospective renovators.