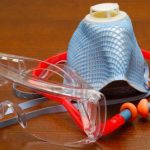 Nyrstar has yet to agree to discuss  over the incidents which occurred at the smelter early this January. The first incident involved a 53-year-old male worker who sustained burns to both his face and neck while cleaning a hot flue.

Sometime afterwards, a 43-year-old worker suffered burns on his feet, thighs and hands while cleaning waste products in the same area.

Both men were treated at  Royal Adelaide Hospital.