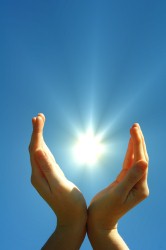 Health and safety is important during hot weather.

The Australian Bureau of Meteorology (BOM) is forecasting sunny weather for the end of the week, with high temperatures expected in several major cities across the country.

Sydney, Wollongong, Newcastle, Brisbane, Cairns and Darwin are all expected to hit 30 degrees Celsius over the weekend, according to the latest BOM report issued October 10.

But while many Australians will likely take this opportunity to welcome in the start of summer with a trip to the beach, WorkCover NSW has issued a serious warning to those who will be working in these strenuous conditions.

In a statement released yesterday (October 9), WorkCover NSW emphasised that businesses and workers need to work together to minimise the work health and safety effects of working in the heat.

According to WorkCover NSW Work Health and Safety Division General Manager John Watson, the effects of fatigue brought on by high temperatures could lead to an increased chance of workplace injury.

Mr Watson says extreme heat can cause people to suffer from dehydration and a reduced ability to concentrate, communicate effectively or recognise potential risks.

“In the three years to July 2011, there were 497 claims for workplace fatigue and heat stroke [in New South Wales] at a cost of $4.3 million,” said Mr Watson.

WorkCover NSW has suggested that businesses concerned about the upcoming high temperatures consider rescheduling any necessary work to early morning or late afternoon, when conditions will be cooler.

All efforts should be taken to ensure workers at risk of heat exhaustion have easy access to drinking water and shaded rest areas. They should also be provided with the opportunity to take frequent rest breaks.

“Common heat illness symptoms may include nausea, dizziness, general weakness and collapse. If you or your workers show any of these symptoms, seek immediate medical assistance,” said Mr Watson.