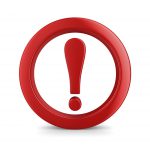 The Chairman of Woolworths has defended the company’s reputation for using trucks to move goods throughout the country.

The Transport Workers Union alleges that Woolworths has an unreasonable delivery schedule that transport companies struggle to live up to. The schedules being imposed are allegedly resulting in reckless driving and road deaths, according to the union.

The union held a protest at Coles and Woolworths supermarkets throughout the country.Coles spokesperson stated that the union’s claims are unconfirmed, while Woolworths Chairman James Strong, calls the allegations as “unfair”.

Strong believes that the problem could be dealt in a different manner and asserts that the TWU’s use of sensationalist terms is common.He is hopeful that the public can decipher between the truth and conjecture . He maintains that a rational discussion is needed between the TWU and the supermarket chains.