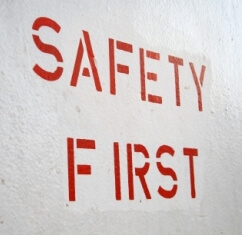 A Sydney nurse has been hospitalized after being stabbed numerous times with a butter knife. It was 4:30am and the nurse was purportedly working at a computer when she was stabbed. This occupational health and safety case occurred when the nurse was punched in the face,then stabbed numerous times in the breast, arm, and back area. A fellow nurse then got involved and secured the patient with knife.

The injuries the nurse sustained were reported as not being fatal and the nurse has since been released from the hospital.