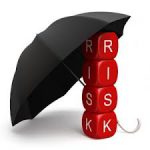 The Victorian Coroners Court has been informed that potential criminal charges over the deadly Melbourne wall collapse may delay inquests for several years.

A brother and sister,  Alexander and Bridget Jones and French national Marie Faith Fiawoo were  all killed  as a result of the collapsing wall from March’s high winds.

Fiawoo’s family lawyer raised concerns that any delays in the inquiry may cause undue stress for the families.

Another lawyer, William Southey believes the delay should be be minimised.

“Delays in cases like this can sometimes be unavoidable,” he said.

“We just hope, on behalf of both families, that the delay will be minimised to the greatest possible extent.

“And we are confident that the state coroner will do his very best to ensure that that’s done.”

An inquest brief is being prepared for the coroner which analyze the the history of the wall, regulations around hoarding attached to the wall and conditions on the day of the collapse. 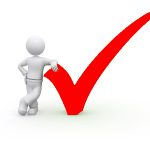 An elderly man has died after being hit on the head by a garbage bin while walking through a Melbourne fast food restaurant car park.

The man and his wife were both hit on the head by the bin as it was being lowered and emptied by a garbage truck.

The couple was walking through the restaurant’s car park in Melbourne’s northeast when the accident occurred last Friday, a WorkSafe spokesman said.

The South Morang couple both suffered head injuries and were taken to the Royal Melbourne Hospital.

His 83-year-old wife remains in a stable condition.

“It serves as a reminder of the dangers of vehicles operating close to pedestrians,” Ms Cosgrove said in a statement on Thursday.

The death takes the number of fatal Victorian workplace accidents to five in 2013, compared with four at same time last year. 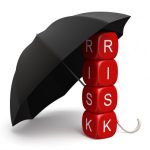 The Coroner has called upon the Northern Territory Government to introduce legislation demanding that all trucks carrying quarry loads must cover their trailers.The recommendation follows an investigation into the road death of a Queensland woman south of Darwin, last year.

Rosalyn O’Neill, a senior, was a passenger in her husband’s vehicle on the Arnhem Highway when a large rock smashed through the windscreen and killed her instantly.The coroner’s investigation was launched to determine whether the rock fell from a mining truck or was already on the road.

The findings released by Coroner Greg Cavanah revealed that there was no evidences that quarries operating near the accident site were responsible for the rock being on the highway.Cavanagh stated that the prospect of another car striking and subsequently propelling the rock on the highway into a victims path was “an extraordinary coincidence”

Scott Basnett of Darwin, was in a car in front of the vehicle being driven by Mr.O’Neill.

He told the investigators that he had hit a rock and when he looked behind him he saw it careen across the road and strike the windscreen of another vehicle.Cavanagh said that no individuals were to blame for “this terrible tragedy” 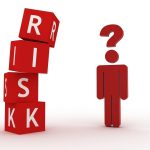 Supermarket king Coles, received a fine of $170,000 and told to pay legal fees when a worker fell through a ceiling at a branch in Sydney half a decade ago.

The worker scaled a guard rail in order to obtain promotional material stored on a suspended plasterboard ceiling in August 2007. The ceiling collapsed and she crashed over two metres to the ground which left her with cuts to her head, whiplash and bruises.

Preliminary investigations revealed that Coles in fact knew the area was dangerous to use as a roof cavity for storage and had even built a railing and posted a caution sign.

However, WorkCover disclosed that Coles management had not undergone a risk assessment to determine how much weight the plasterboard could stand, and failed to inform staff of the risks of accessing the area.

Coles was fined on behalf of the Industrial Court of NSW and told to cover WorkCover’s legal costs.

WorkCover’s Work Health and Safety general manager, John Watson stated that since the company employed over 23,000 people in 238 stores across NSW, the safety procedures of the company are important to a significant number of people.

Watson also stated that the area should not have ever been permitted for storage of merchandise and management was responsible for being vigilant. He added, saying that despite management being aware of the dangerous nature of the area, the area was still used without any proper training.