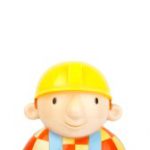 Tasmanian building supply company Kemp and Denning was ordered to pay an approximately $60,000 file because of an occupational health and safety incident in which a worker lost his leg.

In 2010, Anthony Young was pinned in a crusher at the company’s New Town brickworks which resulted in him having his leg amputated.

The company pleaded guilty in the Magistrates Court to failing to ensure safety from injury and health risks. A spokesperson from Workplace Standards has maintained that K and D have since made changes to their safety measures at the site.

Roy Omerod of Workplace Standards says that the incident is testament to the need to keep workers safe because of the cost to the person and the industry.The company has yet to comment on the fine. K and D will be closing the brickworks next month because of the cost of environmental regulations.Young is currently appealing against the Supreme court decision to halt his workers compensation.

Despite Young’s working at the plant for two years, he was a contractor for Tasmanian Contracting Services and is thus not eligible for workers compensation.

Young has commenced a civil action seeking damages.The Full Court has not yet laid its decision on the matters.