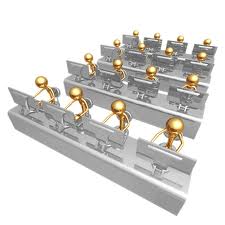 The number of injuries or illnesses have also dropped slightly from six percent to five percent .

The Australian Bureau of Statistics (ABS) has indicated that the decrease can be attributed to a stronger focus by both the government and employers in ensuring that employees enrolled in occupational health and safety training courses.

This trend of decreasing rates of fatalities and injuries must continue in order to adhere to the reduction targets in place.

According to the ABS, most of the fatalities at work were of people between the ages 35 and 54. 80 percent of the deaths were in industries such as construction, agriculture, manufacturing, transport, and mining. The ABS has singled out transport workers, tradespersons or labourers as the professions in which a majority (over 75 percent) of the accidents occur.

Interestingly, the most common causes of fatalities were cases involving transport accidents, falling from heights, or being struck by falling or moving objects.

The Report also indicated that men between the ages of 45 and 54 were more likely than women to suffer an injury.