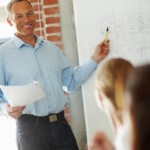 The state government authority responsible for protecting injured workers will soon be the subject of a bullying inquiry.

The NSW government has backed the parliamentary inquiry into WorkCover  following a NSW Industrial Relations report of workplace bullying. This report emerged when a senior employee was allegedly bullied out of his job.

Greens MP David Shoebridge, who put forth the idea for an inquiry, has welcomed the government’s support. . ”It is completely unacceptable to have ongoing bullying in WorkCover which is the government body tasked with protecting all employees from harassment in the workplace,” he said.

”This most recent finding by the IRC raises serious concerns about the culture of WorkCover.

”There have been ongoing concerns within WorkCover of systematic bullying and mistreatment of staff for years, yet despite reviews and promises it seems nothing has changed.”