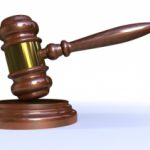 Approximately 5,000 workers in the New South Wales public sector rallied in the pouring rain in protest of the state’s proposed changes to the occupational health and safety compensation scheme.

Some of the participants included firefighters and nurses and thousands of other public sector workers.

During the rally workers laid flowers at the gates of parliament in honour of fallen workers. A band comprised of teenage brothers performed songs in remembrance of their father who was killed on the job.

Upper House Shooters and Fishers MP Robert Borsak will reveal the findings of the inquiry into the compensation scheme. Reports have indicated that Premier Barry O’Farrell has not been swayed by the impact of the rally.O’Farrell is determined that changes to WorkCover will go forward. He believes that nothing will hinder the State Government’s to make a financially stable compensation scheme.

Last year reports surfaced stating that the deficit was $4 billion. In response to the deficit, Workers benefits are allegedly going to be slashed in order to reform the scheme. Mark Lennon, secretary for Unions NSW believes O’Farrell is attacking workers when his aim should instead be the insurance industry.